Jane was probably pregnant with her first child when she married Robert.  The child was born in May.

12 January 1835 fined 10 shillings to be paid to the Overseer of the Parish of South Cave after being convicted on 25 December for assaulting Robert Arton of South Cave. Also fined 1 shilling and 10 pence at Riplingham on Monday 28 June for costs, and in default of immediate payment of the sums to be imprisioned in the House of Correction with hard labour for 14 days unless the sums could be sooner paid.

On 28 October 1836 Fined 1 shilling at Court Leet for having a certain Manure Hill piled and heaped up in the Street. 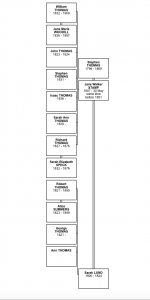