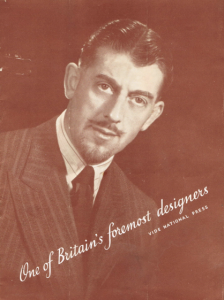 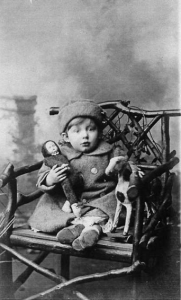 1933 First recorded by Special Branch as being a member of the British Union of Facists. (B.U.F)  1939  Offician B.U.F comunique concerning the arrest and detention without charges of their Prospective Pariliamentary Candidate, George Eric THOMAS, under the Emergency Powers Act. Some of the first British servicemen killed at the beginning of World War II, R.A.F. crewmen on the raid on Antwerp, were Blackshirts who were not a threat to the realm.

On 1 September 1943 George was a BU speaker and prospective Parliamentary candidate for Wood Green. A suspected Gestapo agent as he had foreign business interests and European contacts. The case against him was based on visits to Germany in 1934 and 1938, contacts with the German Chamber of Commerce in London, with the Auslands Organization. There were protests about the conditions under which he had been detained. He was released on October or early November probably because the committe accepted that his contacts were innocent. He was detained again on 24 May 1940 and released after a short term which suggests that the case wasn’t serious.

11 January 1937.  Olivia cited the affair with Elsbeth ROTTMAN as grounds for divorce

After Erik had been released fro internment he rented a room at Oldham Lancashire while working at a theatre. He met Marjorie there.

Cause of Death:  Carcinoma of the lung (Lung Cancer)

Had her own business, a letting agency – Doorknobs at 15 Neville Street Tunbridge, Wells, Kent, England

Cause of Death:  Lung Cancer

Printed Tunbridge Wells Press 3 October 2005. Colleagues have paid tribute to the director of a letting agents from Laberhurst who they said had the ‘personal and professional touch’. Sharn Hutt 49, the former owner and managing director of Doorknobs in Tunbridge, WElls, died of heart attack brought on by severe asthma on Monday October 3rd. No one including herself, had been aware that she had heart weakness before her death. She leaves husband John and daughter Sophie. Her death has left colleagues and clients in a state of shock and while both were trying to come to terms with the loss, staff took time to speak about her legacy. Heather Hawkey-Soar, who has been with the firm for 16 years said: ‘Sharn’s hands on style of management has, fortunately meant that she leaves well trained staff who will ensure the business continues to be run to the same high standards that she would have wished for.” Mrs Hutt founded Doorknobs in Covent Garden, London, more than 20 years ago, and 16 years later expanded to open the Tunbridge Wells office. The expansion continued to cover the East and West Sussex areas. Colleagues said that during the years her ability to offer a professional and personal approach to landlords and tenants directly led to the business becoming one of the most sucessful letting agents in the area. At a time when competition intensified rapidly from other agents, particularly from large chains, staff said her approach was ‘a breath of fresh air’ because she kept herself accessible to all people at all times. A senior member of staff speaking for the company said that the business will continue as ever and clients could rest assured the company will maintain the same service for which it was wellknown. Several members of staff have been with the company for more than ten years, some since the company first begun, and all said Mrs. Hutt’s death was a huge loss to them both professionally and personally. Colleauges thanked all the clients, contractors and associates who had been supportive with messages of condolence. They had been inundated with calls ‘which showed the high regard in which Sharn was held’. Although Mrs Hutt’s work commitments were huge she found time to qualify and act as a bereavement counsellor for Hospice in the Weald, a charity she held dear to her heart. A book of condolence is in the office in Neville Street, tunbridge Wells, should anyone wish to sign it and share any thoughts.