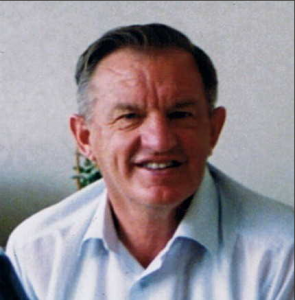 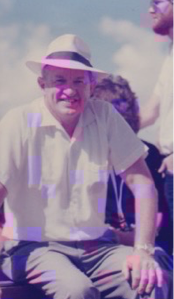 Bryan was baptised on 17 November 1932 at the Church of St Paul, Okato, New Zealand.  The sponsors at his baptism were Constance HALLAM and Claude HALLAM (siblings of his mother) who would have travelled from Auckland. 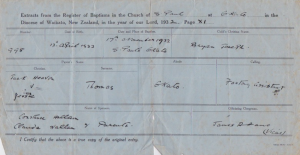 Bryan’s childhood included living at the farm at New Plymouth and later Ngatea on the Hauraki Plains.  Bryan’s Grandmother Helena Caroline KEEGAN died of Brain Tumour in 1935 resulting in a lot of family adjustment when Bryan’s grandfather Joseph William THOMAS left the farm and it’s debts to Bryan’s father Jack Heaton THOMAS.  Bryan’s health suffered during this period and in 1937 he was sent to a health camp after having severe pleurisy.  His youngest sibling was born about this time.

From 1943 – 1944, Bryan attended Omaha School in New Plymouth, New Zealand.  When the family bought the farm at Ngatea, Bryan was sent to boarding school where he did well.   When he came home in December though, he requested to work on the farm as opposed to returning to boarding school. 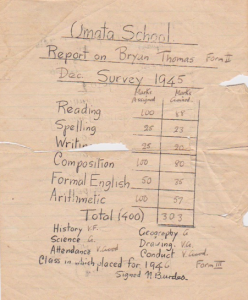 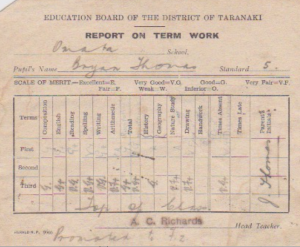 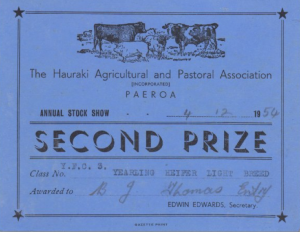 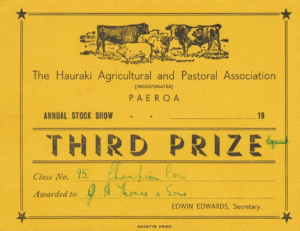 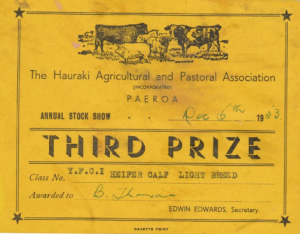 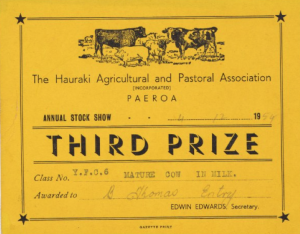 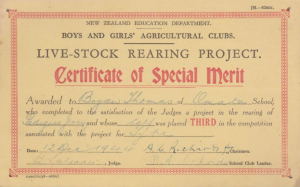 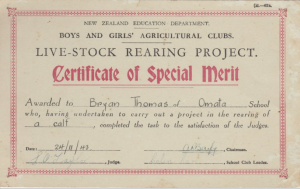 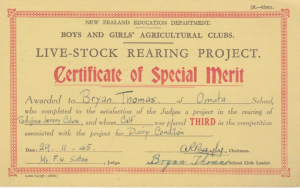 The family attended St Paul’s Anglican Church at Ngatea and Bryan was confirmed on 30 November 1947. 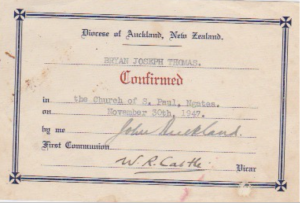 Bryan sold his motor cycle around 1951 and bought a car, he parted with his girlfriend and in 1955 his Grandfather Joseph William THOMAS died.  Bryan became very sick with leptospirosis.  Because of the illness it was no longer viable for Bryan to continue working on the farm so he moved to Auckland.  He decided to train as a school teacher during a teacher shortage.  He was able to train and get paid.  He got his Teacher’s certificate from Auckland Training College on 1 September 1958 and returned to New Plymouth for the Omata School Jubilee at Easter.

In 1964, Bryan studied at Auckland University.

During the late 1950s the Liberal Catholic Church worked very closely with the Theosophical Society.  Bryan studied deeply and became a priest.  After some family struggles in 1966 Bryan resigned as a priest.  He continued to go to important events but he never celebrated as a priest again even though there were others who would have liked him to return.

Bryan met his wife Cheryl Evelyn LOW in 1958 through his involvement in the Theosophical Society and Liberal Catholic Church.  They were unofficially engaged in February of 1960 and officially engaged in June 1960.  They were married on 6 January 1962 at the Liberal Catholic Church of St Francis, 371 Queen Street, Auckland.  Marriage witnesses were Barry McIvor and Colleen Patricia McIvor.  The reception was at the Kiosk, The Domain, Auckland, New Zealand.

Bryan and Cheryl purchased land at Titirangi in the Waitakaries, West Auckland.  There was a small community at Titirangi in those days and one had to travel through the hills on dirt road to get there.  they built a house on the property in 1962 and they lived at 36 Boylan Road, Titirangi, Auckland from 1963 until 1980.  In 1980 they moved closer to the city to 33 Belfast Street, Hillsborough, Auckland.

After the death of his grandmother Agnes Gertrude HALLAM nee KEEGAN, Bryan decided to leave school teaching.  He started a market gardening business on the home property at Titirangi in Auckland where he grew strawberries.  He started doing this part time while keeping up relief school teaching.  In 1969 Bryan leased land at Woodlands Park setting up full time.  By this time, Bryan and Cheryl had two children.  A few years later the land that Bryan had leased and built a shed on became the Woodlands Park School Field.  The shed got moved to the property at Titirangi.  There are now three houses on this property.  In 1971 Bryan took some land at Ranui to grow tomatoes.  Bryan bought a Kombi in June 1972 but pranged it a month later.  He got it fixed up and used it to take produce to the markets.

In May of 1973 Bryan returned to school teaching at Chaucer School and in 1975 Rangeview Intermediate School during which time he took some school children to camp at Great Barrier Island.  Bryan decided to buy a taxi business and work for himself later that year and from 1975 to 1991 he drove a taxi while keeping up relief teaching.  One teaching position that he really enjoyed was at Mangere School in Auckland 1978. 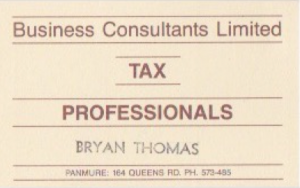 Bryan had a number of hobbies.  He always had Rose Gardens and in 1975 he got a Diploma Associate from the Astrological Society of New Zealand.  He did astrology for the rest of his life.  Around 1978 he took up photography and over the years this hobby became more serious. 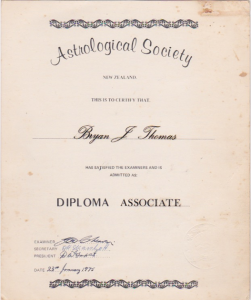 Bryan and Cheryl separated in 1991.  Bryan’s next partner was Dorothy May SEWELL (1941-2009).  They were very happy together but only a short time later on 12 July 1993 Bryan died of a sudden heart attack.  He had given his daughter a surprise birthday party the night before as she was visiting from overseas.  He had had an 11 year history of Coronary Artery Disease and had had three previous heart attacks along with asthma.  His funeral was held on 15 January 1993 at the Liberal Catholic Church of St Francis, Grafton, Auckland.  He was cremated.