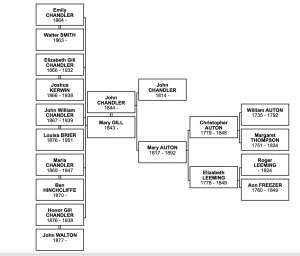 Birth of Half Sister

1861 working as a servant for Ann DOBBY

1861 at Sawley, Yorkshire at the home of Ann DOBBY.  Her sister Mary HOLDSWORTH was visiting and nephew Samuel HOLDWORTH (possibly related by marriage to John CHANDLER)

Before 1861 William CHANDLER adopted by Charles and Susannah WRIGGLESWORTH

John Chandler was living in Sawley (near Bishop Thornton), Yorkshire around the time of the Oaks Colliery explosion, an event that exemplified the dangers of the mining industry.