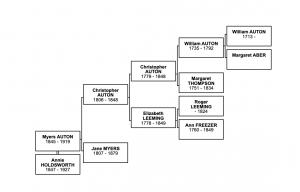 Hardcastle AUTON was born 1849 at Darley, Yorkshire, England when Myers was 4

1851 A school in Bolton Abbey.  The Abbey was made available for educational purposes as it was not being used.

1861 with the family of Luke BLACKBURN at Pateley Bridge, Yorkshire, England working as an apprentice.

12 December 1866 Myers AUTON was living in Yorkshire, England around the time of the Oaks Colliery explosion, an event that exemplified the dangers of the mining industry.

1882 recorded as working on the Wesleyan Chapel at Lofthouse, Yorkshire, England most likely as a painter

Once a year the family went to Scarborough for holidays when they lived in Yorkshire, England

1883 Farmer.  Also continued to work as a Painter and Wall Paper Hanger in Christchurch, New Zealand.  Myers would take his horse to Barry’s Bay where he collected red strata clay, which he used for pigment in his paints

Hardcastle AUTON died in 1885 at Leeds, Yorkshire, England when Myers was 40

6 June 1897 – Everything to Wife Annie HOLDSWORTH

Filed 29 January 1919 Supreme Court, Canterbury District.  Sworn under the value of 1000 pounds and that the testator died on 23 January 1919 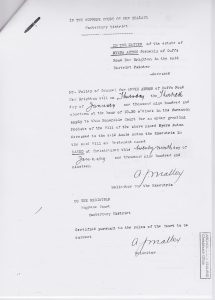 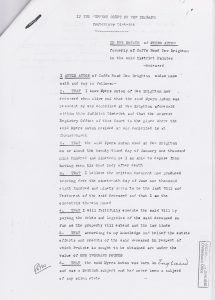 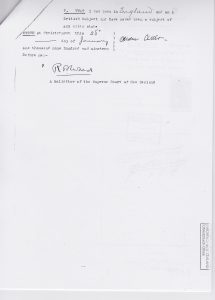 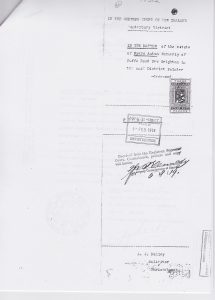 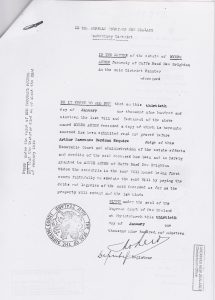 Memories of My Grandparents by Ruby Campbell nee Carey

To me my grandparents were always old – My Grandmother Annie AUTON – a gentle fresh-complexioned smiling person in a black frock, with a wide white embroidered collar.

My grandfather – Myers AUTON – shy bearded man, wearing a smoking cap, sitting in a rocking chair beside a polished range in a long kitchen, keeping the fire fuelled from the pile of wood on the hearth.  The words ‘thee, thou and thine’ in his speech made fascinating listening.

My grandparents commenced their married life in Pately Bridge, Yorkshire, England where they lived in a two-story stone house behind a shop, which helped to provide a living.  Nine children were born there, and to give them a chance in life it was decided to emigrate to Canada.  Two different stories make it clear that some mistake was made in the booking, and the family sailed to New Zealand in the ‘Crusader’ one of the fastest sailing ships at the time….

…Before leaving England an auction sale was held which lasted for 3 days and list of articles for sale occupied a full page of the newspaper.  These facts gave me the impression that the shop and house were large, but when I went to Pately Bridge I found only one short narrow street of shops, and nowhere could I see one as large as the one that existed in my imagination.

In Christchurch my grandfather who was trained as a coach painter, worked as a painter in the Addington Workshops and after living for short periods in Stewart Street, Hazeldean Road, Poulson Street in Addington and Northcote Road, Papanui he bought an 11 acre property about three miles from Cathedral Square on the corner of Cuffs and Pages Road on the way to New Brighton.  The Postal address was 66 Cuffs Road.

The house had the narrowest and steepest stairs I had ever encountered, and gave me a feeling of great insecurity.  The approach was by a long drive, lined on both sides by tall trees.  The great achievement was to walk from the gate to the house, stepping on shadows only.  The drive lead to the back door where a large area had been paved with bricks.  Hens ran freely in the back yard and laid their eggs in all sorts of places, and these with a few cows and pigs and a large vegetable garden, provided most of the food.

Just off the kitchen was the dairy, on the shelves of which stood large round shallow pans of milk, waiting for the cream to rise, yellow cream, so thick that it wrinkled as it was skimmed.

The children were sent to Bromley School in Clogs, but having minds of their own, they severed their shoes in their school bags, and changed into them after leaving home, then back into the clogs for the return entry into the house.

The upbringing was fairly strict; dancing was not allowed; so the teenagers retired early and when darkness fell, left the house by the window instead of the door.

There were always cousins to play with and what fun we had.  We tried to make shapes in the hot dry sand and did unmentionable things to dampen it.  One day we were seen by an Aunt and called inside to be told we mustn’t do things like that!  I stood looking at my mother and the Aunts.  All were laughing!  Odd people, these grown-ups I thought.

Transport was by horse and trap – an old horse named Masha.  The trap held four people sitting in twos back to back.  As a child I was always put in the back.  What a nightmare!…

…The property has long since been sold and subdivided.  Firstly houses were built there, some of these subsequently being demolished, and at present (1983) in the corner there is a large Motel complex known as Admiral Lodge.

They were a very happy family and one must pay tribute to the older ones, particularly to Janey, the eldest, who seems to have spent most of her early life bringing up the younger ones.  She did a good job.

Mail was slower in those days and when sponsorship papers came through they (Myers and Annie AUTON had only three weeks to sell up the business and get the family equipped.  Each child was fitted with two pairs of new boots.  they took the train from Pately Bridge to Portsmouth, traveling in a special carriage.

In New Zealand grandfather did odd painting and decorating jobs until he joined the Railway Workshops.  when he got home he liked peace and quiet and bought a wooden washing-up bowl so that there would be less noise when the dishes were being done.

10.1 Certified Copy of Entry of Death in the Registrar-General’s Office, Christchurch, New Zealand

10.1 AUTON, Myers Notice of Motion for Grant of Probate