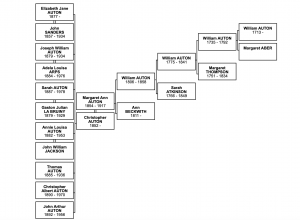 Ann BECKWITH died 1855 Yorkshire, England when Margaret was only a baby 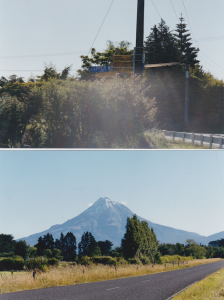 Sarah AUTON was medically examined.  Margaret Ann believed that Christopher was the father of her daughter’s child because she had seen letters some four years ago in which Christopher had said his daughters would have to yield to his advances.

Before 1908 Margaret Ann AUTON went to live with her son at ‘Clear Water’ Rockhampton, Australia

16 February 1908 Christopher AUTON was charged with incest.  His daughter Sarah AUTON had been residing with Mrs LOWTHER in Rockhampton since October 1907.  Sarah reported in court to have never had any relations with her brothers or anyone else.

Margaret Ann AUTON had left her home 25 February 1907 to see her son who was away in hospital.  She was two nights away from home.  Two of her sons told her what had happened.  Three years before, Margaret Ann had threatened to leave Christopher if he behaved improperly with Sarah.

Sarah was medically examined.  Margaret Ann believed that Christopher was the father of her daughter’s child because she had seen letters some four years ago in which Christopher had said his daughters would have to yield to his advances.

Margaret’s son, Joseph William AUTON had told his father it was a crime.

Sarah AUTON was reported to have not had a boyfriend.  Christopher Albert AUTON her 17 year old brother gave evidence similar to other witnesses.

4 March 1908 The case against Christopher AUTON resumed.  Christopher AUTON found not guilty.  Complaint was not made for nine months after the offence.  A second issue of the recovery of money was going on with sons Joseph William AUTON and Thomas AUTON.  Christopher’s daughter Mrs JACKSON felt that Sarah AUTON was lying.

Son Moved back to New Zealand

Between 1908 and 1916 Thomas AUTON moved back to New Plymouth, Taranaki, New Zealand

Son Enlisted for World War I 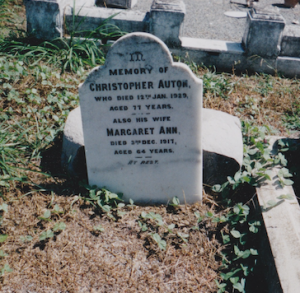